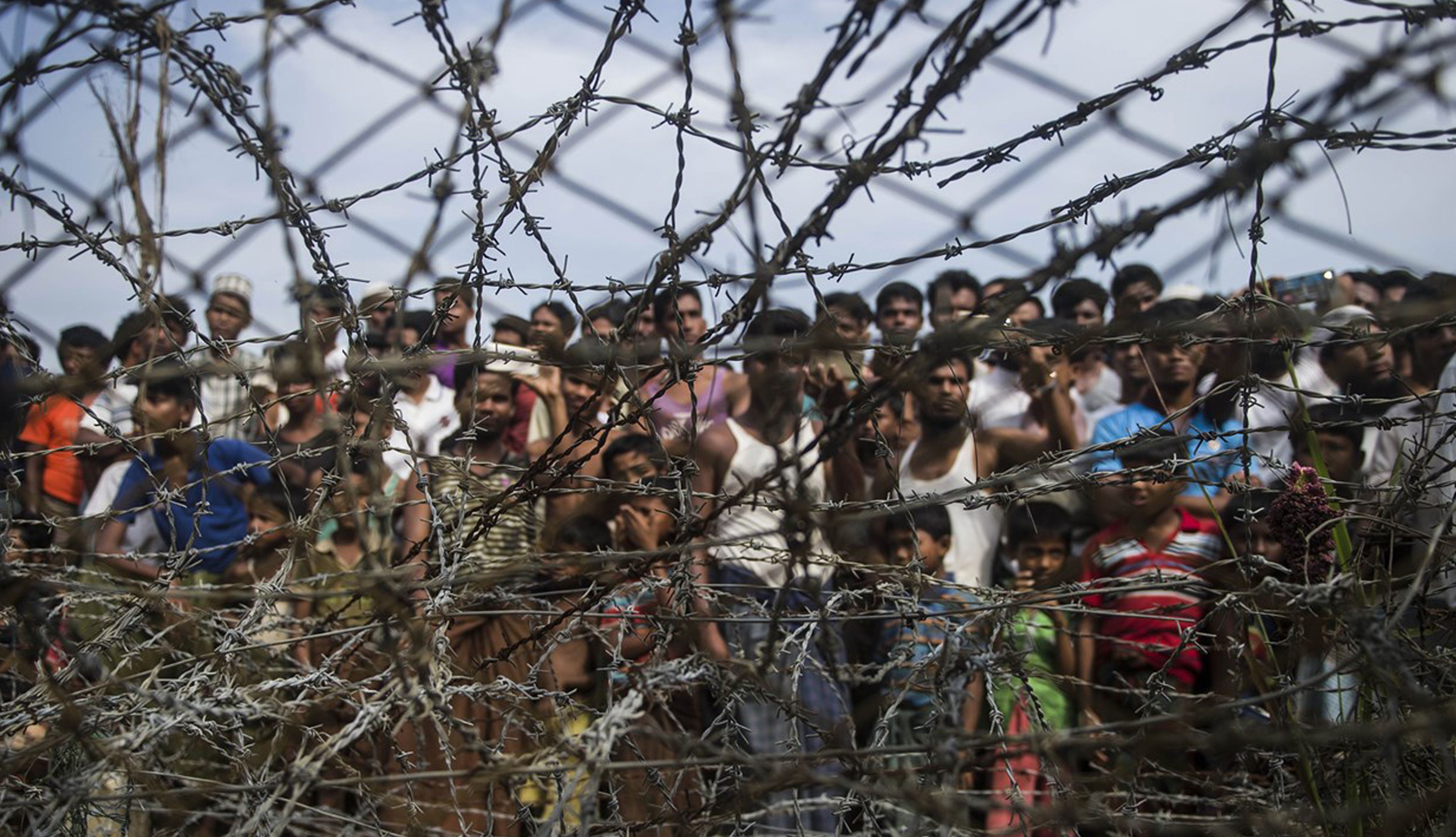 When I was eight years old, I spent months reading about World War II and peppering my dad with questions. Eventually, we got past the politics, battles, and leaders behind the war and tried to find a way to tackle the difficult topic of the Holocaust. Most books and films on the topic were beyond what someone under ten should be exposed to without a great deal of context. To get that context, we went to a small museum nestled into a nondescript strip mall about five minutes from our house.

When we walked in the door, we were greeted by the sight of a woman in blue offering a stern lecture to a man seated in the corner. I did not realize it at the time, but those people were living history, Eva and Mickey Kor. Eva showed us around the museum, telling us her story and her mission to do what she could to prevent another Holocaust. Her idea of “No more Auschwitzes” was my first introduction to Never Again, the goal of preventing more genocides like those perpetrated by Nazi Germany.

The idea behind Never Again stuck with me. I took it to high school when I joined STAND to raise awareness of the Darfur Genocide. I took it to college when I studied the Holocaust and eventually genocide prevention. I even took it to my doctoral work and research studying genocides in East Asia. Having carried Never Again in my mind for so long, I realized something about it: we have not done enough to make it a reality.

The Holocaust ended in 1945. Since then, the world has seen more than 15 genocides, including three that are still ongoing. Some of those fifteen are probably familiar to most of us – Rwanda, Darfur, and Bosnia – while others like the genocides in Guatemala, Indonesia, Burundi, and Bangladesh seem to pass under our radar. I firmly believe our difficulties in making Never Again a reality stem not from a lack of caring but from a lack of knowing.

When we learned of the atrocities in Darfur, students rallied to form STAND (Students Taking Action Now: Darfur, now part of the Aegis Trust), NGOs mobilized to raise awareness and provide aid, and world leaders identified the atrocities as genocide, defying even the UN in doing so. The international response coupled with the activism of everyday people provided much-needed relief for victims while Darfur remained at the forefront of our collective consciousness. It showed that Never Again is possible if we are aware of what is happening.

We are in a unique position to rally as an international community and bring global awareness to yet another genocide. Since 2015, over 700,000 Rohingya have been displaced from their homes in Myanmar’s Rakhine State while unknown thousands have died. The Rohingya have been oppressed in Myanmar for decades with little international support, which has led to the loss of their right to vote, to participate in government, and to hold citizenship.

We each have the opportunity to make the stories of the Rohingya and other victims known. Raising awareness can be a simple as sharing survivors’ stories on social media, writing to news outlets, or supporting non-profits working to raise awareness.

Just as Eva shared her story, so too must we share the stories of other survivors. We must educate ourselves and strive to educate others to make sure that we can make Never Again a reality.

Links to a few groups working to raise awareness on behalf of the Rohingya: