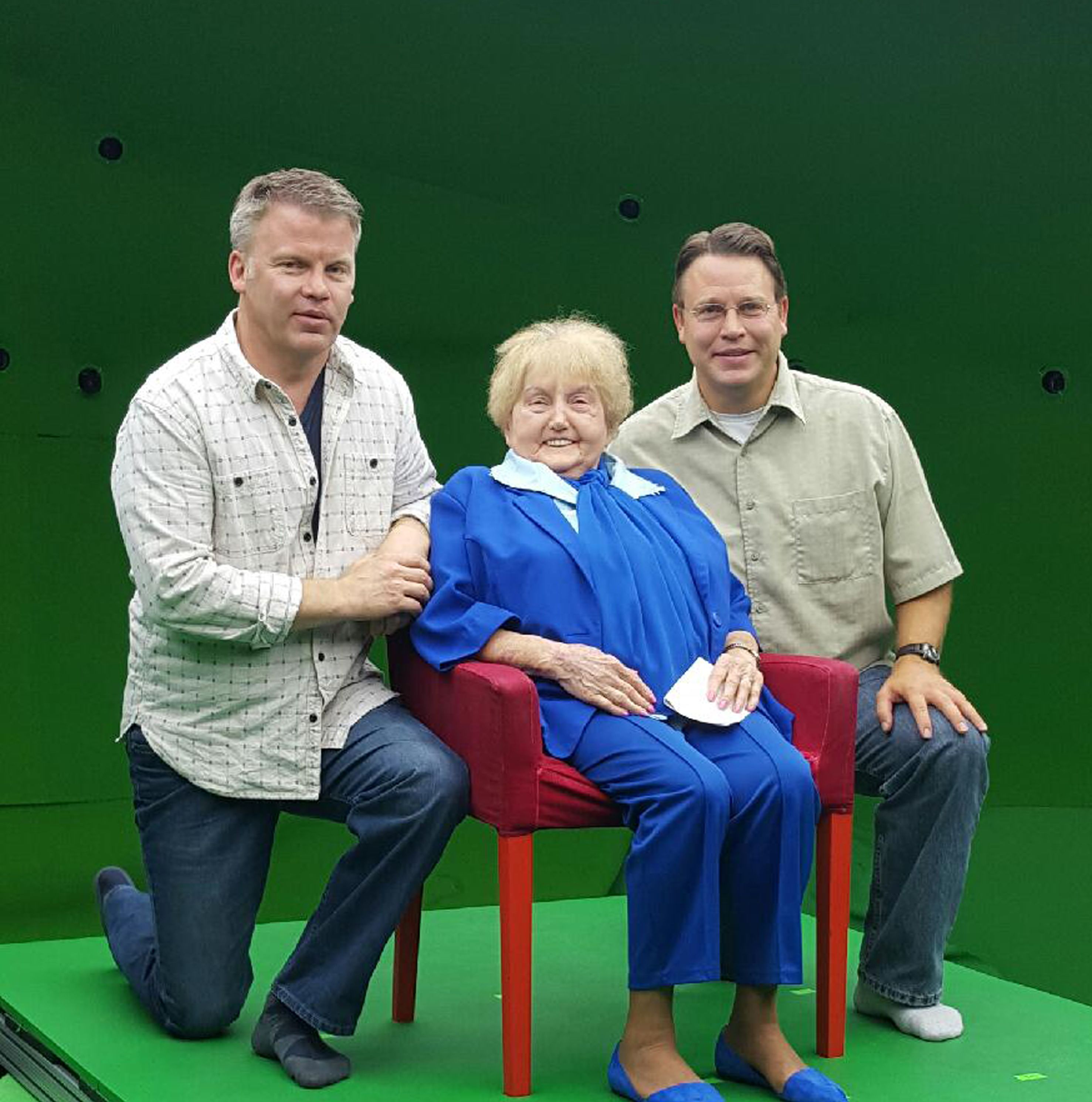 Dr. Eric Steenlage is a friend of CANDLES and Eva Kor and has participated in multiple CANDLES trips. Eric observed part of the recording sessions for Eva's USCSF Dimensions in Testimony interactive digital image in Los Angeles in 2016. During that time, Eric thought of one way we can understand Eva's complex, and sometimes controversial, concept of forgiveness.

"The central concept of forgiveness in Eva’s message isn’t understood correctly, contributing at least in part to it not being accepted more universally. I for one don't think the term “forgiveness” completely, accurately describes what she/others are trying to say. I still haven't come up with a more "accurate" term, but it occurred to me that there is a better way to understand a part of this, at least for me. Maybe it just appeals to my mechanical mind, but as I thought it all through it felt like a bit of an epiphany.

A definition from physics: "A lever amplifies an input force to provide a greater output force, which is said to provide leverage." Much of this can be understood via this leverage concept. Think about all this, from the beginning. All of this [Eva's story] results from a 9-month block of time in the life of a 10-year-old. A relative blip in time. Think about when you were 10: I'm guessing the total amount of that time you or I even can recall from that year of our life is minuscule. Yet these 9 months destroyed and recreated Eva in some horrible reverse gestational paradigm, essentially amputating her life as she knew it, leaving her with a stump of a life that was barely viable. She recovered her life in stages: survival; attempting some type of normalcy; beginning to deal with and process her Auschwitz experience; obsessing over Mengele and his records; beginning to talk about her experiences; "amnestifying"/ forgiving the Nazis, and discovering the personal power this gave her; starting CANDLES with its evolving mission of education; on up to the point where we are currently: essentially immortalizing her life experience with an interactional hologram. All in all, an incredible lifetime chain of events resulting from a child's 9 months of tragic loss.

How did all that happen, really? The tragic beginning is pretty clear: Nazi anti-Semitism and the Final Solution; a too-late attempt at immigration; deportation to Auschwitz; her family vanished and she survives on the random luck that she was a twin and had the resilience to survive 9 months of hell. Eva has been processing her recovery from that experience in her own way, as have all the other survivors, some more successfully than others. As we both know, she considers her decision to forgive all the perpetrators as the pivotal point of her life, essentially transforming a negative experience into a positive one.

I don't think it was really "forgiveness" in the sense that most would interpret it. She transferred the leverage that the Nazis had over her, from the first time she was isolated and transported, into leverage over them. They had minimized her to the point where they could take away every human right and shred of dignity, and essentially vaporize her family, with her being completely powerless to resist in any way. That is an incredible disparity in power and control, probably the greatest disparity possible. The leverage the Nazis had was total. This did not end upon liberation. The darkness, the loss, the missing family: all this perpetuated the power and leverage that the Holocaust had over her. The shift in that balance of power seems to be an almost inadvertent result of an undeserved gift that she decided to give a Nazi doctor with her often-questioned Amnesty Declaration – he must have felt he hit the guilt-relief lottery. I’ve often wondered what motivated such a disproportionate gesture on her part; the need for any official acknowledgment indicating, even indirectly, that the mechanism that eliminated her family really existed has to be a motivation too powerful for the rest of us to fully understand.

Eva managed to flip the balance of power from the perpetrators to the victim, giving her the leverage instead of them. She was able to flip the weight of the horrible inhumanity she had experienced into an asset, a tool: the depth of the crime created the impact and gravity that she was now able to bring to bear in support of her message. The leverage of power essentially pivoted over the fulcrum of her forgiveness message, the weight of the crime now becoming the weight of her message. This is the true power behind her forgiveness message (which still needs a better term).

Eva is leveraging the weight of a tragic, horrible experience into a lifetime of education and genocide prevention efforts, with an impact that would not be possible without the severity of her loss and the gravitas it brings. There can be no greater gift to a victim than knowing that they had done all they could to help prevent someone else from becoming a similar victim."