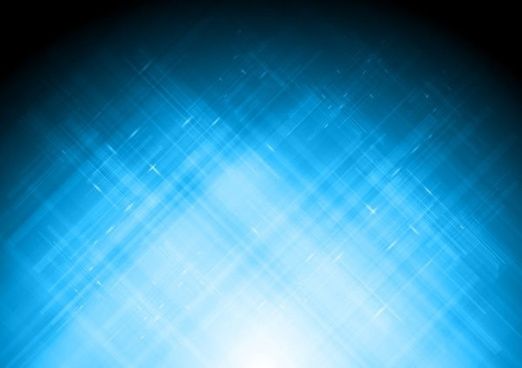 To celebrate CANDLES' anniversary on April 30, 2020, we are campaigning to raise $25,000 in honor of our 25 years as an organization. The campaign will continue throughout the end of the year.

Thank you to our 25th Campaign donors! 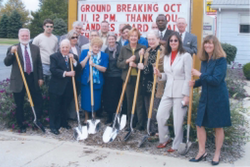 The money we raise during this campaign will go toward securing CANDLES’ future, ensuring that we can continue our mission, the mission that Eva began, of illuminating the world with hope, healing, respect, and responsibility. This includes efforts to: 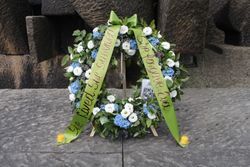 Donations will fund areas of our museum such as operations, including future planning, programs, exhibits, and partnerships, preserving Eva’s legacy and CANDLES’ history, and sharing testimonies from survivors and witnesses.

Although Eva’s passing makes this 25th-anniversary milestone bittersweet, we recognize that we have a great opportunity to shape the next 25 years for CANDLES. Eva created CANDLES in honor of her twin sister, Miriam. Now, CANDLES would like to dedicate the next 25 years to the memory of Eva, of her life and her legacy. 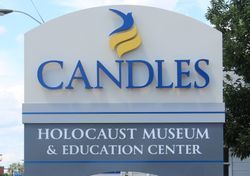 Make a personal donation. Join together to make a donation as a group or a company. Host digital fundraisers. Pledge to give even $5 a month. All contributions will help us take the steps we need to make sure we are still here educating, preserving, advocating, and witnessing for many years to come. Become part of CANDLES’s history and add your mark to the next 25 years.

Please enter your donation in the form below.

Through a generous gift, the Miguel B. Fernandez Family Foundation will match all donations, dollar for dollar, up to $25,000.
This means that any contribution made up to our goal will go twice as far to help us in our efforts to make the world a better place. As a token of our appreciation for our supporters, each donation will be honored with a small gift from CANDLES and donor names will be added to our website and a special display.